A recent study has shown that an average of 6 in 10 affected homeowners aren’t covered.

Severe weather events don’t plan to take a break just because of the COVID-19 pandemic, but a new analysis shows that 6 in 10 homeowners in high-risk flood zones don’t have insurance against overland water damage.

The Atlantic hurricane season starts today, and severe flooding has already started in some areas.

Central Michigan, for instance, has already been affected by considerable flooding in many regions. ValuePenguin.com recently published the results of an analysis it conducted showing that most homeowners aren’t covered by flood insurance even when they reside in high-risk flood zones. This places millions of people in serous financial risk due to their flooding exposure.

The analysis examined data from across the largest 100 cities in the United States. Among those urban areas, there are currently only four active flood insurance policies for every ten homes located within areas facing the highest risk levels. These are the areas identified by FEMA as “100-year Floodplains”. The majority of the houses in those FEMA designated areas who do have active policies are located in Florida and Louisiana. These are regions in which residents are highly aware of flood risks and are therefore naturally more inclined to protect themselves.

In 7 of the high-risk flood zones in major cities, active flooding coverage is lower than 2 percent.

The report showed that in 7 of the major cities, the average flood insurance coverage rate was in 2 houses for every 100 located in FEMA-designated 100-year floodplains. Those cities consisted of Boise, Idaho; Detroit, Michigan; Riverside California; St. Louis, Missouri; Cleveland, Indiana; Minneapolis, Minnesota; and Youngstown, Ohio.

The report also indicated that many homeowners whose properties are located within the 100-year floodplains don’t realize that throughout the lifespan of a 30-year mortgage, there is a 26 percent chance that their homes will be flooded.

Another reason that the report pointed to low coverage rates for areas that face flooding is that FEMA’s evolving maps are considered to be severely out of date. Therefore, many people’s homes may be located in high-risk flood zones without their being aware of it. As a result, they either don’t purchase flood insurance 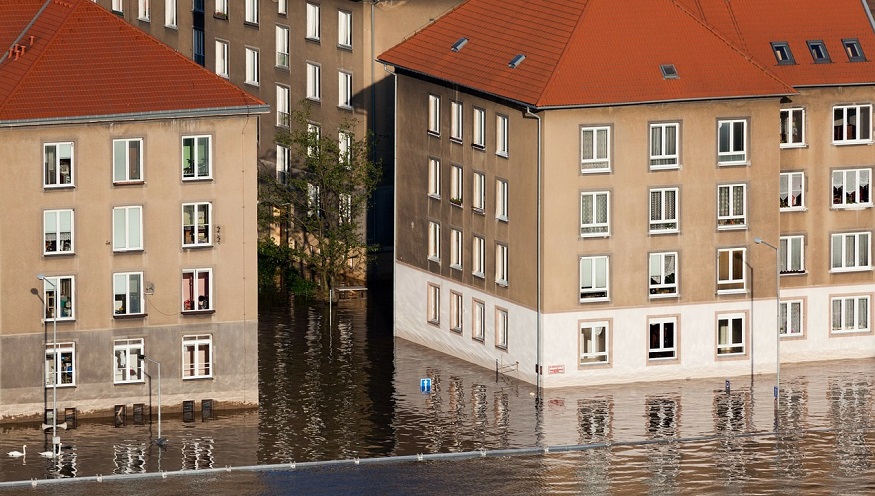 because they don’t think they need it, or the coverage is not available to them because their properties are not accurately zoned.