Recent research has shown that almost 60 percent of the state’s population can receive this assistance.

The results of a new insurance industry study are now revealing that almost 60 percent of the residents of Arizona who purchase coverage through the federal exchange will be able to qualify for a tax subsidy to help to make their health plans more affordable.

This study looked at individuals who did not qualify for Medicaid plans but who would use the exchange.

This insurance industry research was conducted by the Kaiser Family Foundation. It was released this week as an examination of data regarding individuals who did not have employer sponsored health plans but who also did not qualify for the Medicaid program for those in the poorest income bracket. 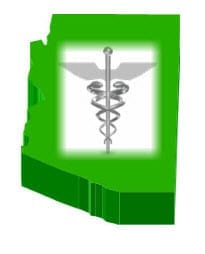 This portion of the Arizona insurance industry represented approximately 551,000 people.

Among those individuals, the Kaiser Family Foundation estimated that approximately 313,000 could qualify for a subsidy for their health plans based on their income, in order to make their coverage more affordable by offsetting the premiums. These policies can be purchased through various sources in the insurance industry, including the federal government’s online exchange.

At the start of last month, it was estimated that approximately one in five people among the 6.5 million residents of Arizona are not covered by a policy in the health insurance industry. Estimates have indicated that at least 300,000 are expected to receive coverage from the Medicaid program as of January 1, 2014.

Aside from those receiving Medicaid and those whose connection with the health insurance industry is subsidized by their employers, many more will be turning to the exchange in order to purchase coverage as per the individual mandate of the Affordable Care Act. Though many have, so far, struggled to use the federal site, HealthCare.gov, the hope is that when the site is fully operational – which is expected by the end of this month – legal residents of the state will turn to the website to obtain the information that they need, to comparison shop, and to make certain that they comply with the requirements of the law.