Property owners in the state are seeing premiums that are a touch higher than the rest of the country.

A new report from the National Association of Insurance Commissioners (NAIC) has revealed that the people in Nebraska have been paying homeowners insurance premiums that are slightly higher than the average across the country.

The report is based on data from 2013 and shows the average national annual premiums to be $1,096.

That said, in Nebraska, that price tag is slightly higher, as the average homeowners insurance bill every year is closer to $1,135. The Nebraska Department of Insurance director, Bruce Ramge, explained that the above-average rates being faced by property owners in the state are mainly the result of claims filed regarding weather related damage. Among those claims, the majority are from hail and wind damage.

In 2014, Nebraska was in fifth place across the country for the number of homeowners insurance claims filed. 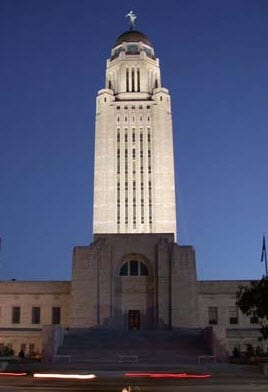 The NAIC report also showed that from 2013 to 2014, homeowners saw an average increase in their insurance rates of about 6 percent. I stated that this was the result of an increase in both home values and construction costs, which spike the price of repairs and reconstruction resulting from damage. With the rise in natural disaster related damage, the combination led to an increase in the insurance premiums being paid.

That said, the equivalent statistics are not recorded by Ramge’s office, so a comparison of that nature could not be conducted. That said, he did provide a recommendation for property owners who are interested in reducing their premiums: speak with their insurance agents. He pointed out that this could be one of the best ways to discover if there are other policies out there that will provide the equivalent coverage at a lower rate.

He also said that insurance agents are a great way to learn about other things that can be done to lower premiums. For instance, homeowners insurance discounts can often be issued to people who report that they have used weather resistant roofing and building materials, that they have security measures in place, that smoke alarms are in place, a good credit score, past claims history, the size of the deductible and the willingness to have multiple policies through the same insurer (for example, both home and auto).