The annual J.D. Power & Associates report has now been released and has shown that customer satisfaction has been falling among homeowners insurance customers, particularly when it comes to the way their claims are being handled.

Among insurance companies, Nationwide experienced a considerable slip, plunging it into a tie for ninth place.

Considering that Nationwide homeowners insurance customer satisfaction had been in third place in 2014 and had risen to second place last year, the fact that it is now tied for ninth shows a considerable nosedive in what its customers feel about the way claims are being handled. This J.D. Power & Associates research is an annual measure of satisfaction among home insurance customers who have filed a claim within the last year. Its score is based on the way those policyholders felt about five different factors: first notice of loss, the estimation process, the settlement, the repair process and the service interaction as a whole.

On a scale of a total 1,000 points, Nationwide received a score of 853 from its homeowners insurance customers. 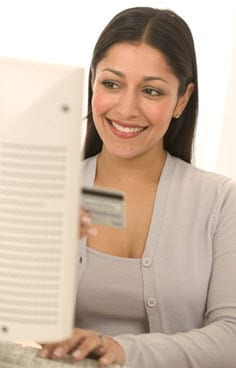 Last year, its score had been 886 and, the year before that, the score had been 858. According to a statement released by the property insurance company, “Nationwide is continually looking to enhance our members’ experience.” The statement went on to say that “The J.D. Power surveys help us measure how we’re doing. Using this information, we can talk about what’s working and where we have areas that we can focus on for continuous improvement.”

That said, the study wasn’t just focused on Nationwide. It showed that the home insurance industry, as a whole, saw an overall slip of 5 points in customer satisfaction. This indicates that among all the policyholders who had to make a claim during that year, the satisfaction they felt in what they received from their insurers was not as great as the experience from the year before.

Among other homeowners insurance companies, Amica Mutual had the top score, at 898. That represents the fifth year in a row that the company has held the highest score. State Farm had 863 points and was in seventh place.