The no fault car insurance bill meant to repeal the current system in Florida has cleared an important Senate committee. Should it become law, it would mean that drivers will need to purchase bodily injury coverage.

The primary hurdle so far has been the argument that lawsuits and premiums would rise further.

Many of the objections have come directly from insurance representatives. Should the no fault car insurance be repealed, it would mean that drivers in Florida would no longer have access to personal injury protection (PIP). That coverage is designed to provide up to $10,000 in low cost emergency medical care for both the driver him/herself and the occupant(s) of any other vehicle involved in a crash. This is the case regardless of who was at fault in the vehicle accident.

Senator Tom Lee (R-Brandon) was responsible for introducing the bill. It would replace the need for buying PIP with the requirement to buy liability coverage that would pay for medical care for occupants of other vehicles if the policyholder is found to be responsible for the crash.

Florida is one of only two states in the country with no fault car insurance systems not requiring bodily injury liability. 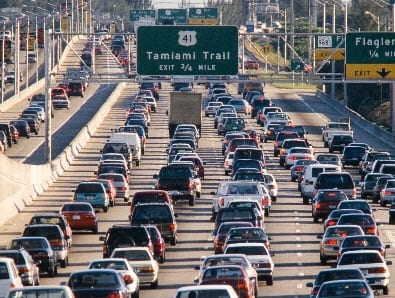 “We logically should insure people against the negligent damage we all may cause,” said Florida Justice Association president Dale Swope. The association is a trade group that represents trial attorneys. It has been pushing for the bill’s passage.

The last time the Florida PIP auto insurance law was updated was in 1979. At first, it was created to make sure that anyone injured in a vehicle crash would have the money necessary to pay for medical care to cover their injuries. However, the state law does not require a driver to carry liability insurance unless they have been convicted of certain types of traffic offenses or they are responsible for a crash.

“It’s intuitive to think a no-fault law would somehow be devoid of litigation. You don’t have to prove fault, you just have access to coverage for your injuries. But that’s proven to be quite a misnomer. In fact, there is a substantial amount of litigation going on in Florida,” said Senator Lee when discussing the no fault auto insurance repeal.