The problem is that the long term success of the marketplace will require healthy younger adults to sign up.

According to recent information released by officials in the state, the Delaware health insurance marketplace enrollments are made up primarily of older adults who are signing up for their coverage through private insurers.

These marketplaces are the center of the Affordable Care Act within each of the states. 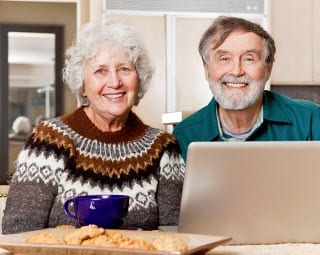 They are the most public facing element of Obama’s healthcare reforms. The Delaware health insurance exchange is the place in which individuals are able to comparison shop for the coverage that they need in order to comply with the individual mandate. It is also the easiest way to obtain access to subsidies based on their income and determine whether or not they may qualify for other types of medical programs, such as Medicaid.

The number of people enrolling through the Delaware health insurance marketplace has been rising quickly.

Halfway through December, there had been 793 people who had enrolled through the website. However, by the close of the first week in January, that figure had skyrocketed, coming to 3,183 people.

The most recent data was released as a portion of the most recent marketplace update that was issued by the Department of Health and Social Services in the state. It also represents the first time that the data regarding enrollees and their age and geographic location had been put forward.

The majority of the enrollments through the website were from people between the ages of 51 and 64 years old. In fact, that age group alone made up almost half of all of the people who signed up through the marketplace. According to the department secretary, Rita Landgraf, “It was actually something we were not surprised by.” She added that they had anticipated that this would be among the first to sign up during the earlier stages, but not quite to this degree.

Now, the Delaware health insurance website has ironed out a number of its glitches and processes and the state is heading toward “phase two” of its efforts to reach out to its population. The goal is to encourage more people between the ages of 21 and 30 to enroll through “much more aggressive” forms of marketing.