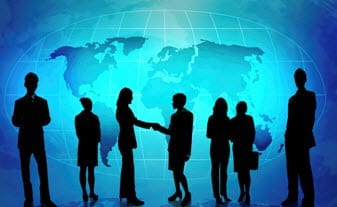 Connecticut becomes the 22nd signatory of the IAIS Multilateral Memorandum of Understanding (MMoU), a framework that establishes a formal basis for global cooperation and information exchange among insurance supervisors. Commissioner Leonardi and Chairman Braumüller said Connecticut was formally added to the MMoU after a rigorous review process.

“We are honored to join our regulatory colleagues from around the world to help assure market stability – the ultimate consumer protection.  The international reach of the industry requires cooperative oversight across borders. Connecticut has been regulating the industry since 1865 and is now home to many multi-national companies. We have the expertise to help monitor an increasingly complex and global industry,” said Commissioner Leonardi, who is also Vice Chair of the International Committee of the National Association of Insurance Commissioners (NAIC) and a member of the IAIS Financial Stability Committee.

“We are pleased to welcome Connecticut as a signatory to the MMoU,” said Chairman Braumüller.  “As financial markets continue to grow more globally interconnected, supervisors need the ability to cooperate quickly and effectively for the benefit of consumers.  The MMoU is an essential regulatory tool – not only in crisis situations, but on a day-to-day basis – for supervisors to foster safer and more stable insurance markets, and the IAIS encourages each of its Members to become a MMoU signatory.”

The MMoU is a global framework for cooperation and information exchange between insurance supervisors.  It sets minimum standards to which signatories must adhere, and all applicants are subject to review and approval by an independent team of IAIS members.  Through membership in the MMoU, jurisdictions are able to exchange relevant information with and provide assistance to other member jurisdictions, thereby promoting the financial stability of cross-border insurance operations for the benefit and protection of consumers.

More Information The Connecticut Insurance Department regulates approximately $156 billion in written premiums – second highest in the nation – and oversees nearly 1,600 companies that are licensed or approved to do business in the state. Of those, 117 are headquartered in Connecticut, including many of the industry giants, such as Aetna, CIGNA, The Hartford, ING, Travelers, Prudential Annuities and Prudential Retirement.

Established in 1994, the IAIS represents insurance regulators and supervisors of some 190 jurisdictions in nearly 140 countries and has also more than 120 insurance professionals, insurers, reinsurers and trade associations as observers. The IAIS issues global insurance principles, standards and guidance papers, provides training and support on issues related to insurance supervision, and organizes meetings and seminars for insurance supervisors. The IAIS works closely with other international institutions to promote financial stability.