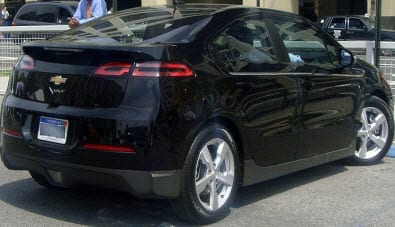 J.D. Power and Associates has reported that among those who are shopping, many will switch.

The latest J.D. Power and Associates report has just been issued, revealing that while the percentage of auto insurance customers who are shopping for coverage has dropped to its lowest point in six years, the percentage of those who are checking out what’s available to them will switch insurers in half of the cases.

The number of shoppers who are changing their insurers has reached a six year high.

The report is called the J.D. Power and Associates 2013 U.S. Insurance Shopping Study. This is the seventh year that the firm has conducted this study, which looks into the auto insurance buying and shopping behaviors of consumers, as well as their overall satisfaction. It takes three primary factors into account in order to generate its satisfaction results: policy offerings, distribution channel, and price (in order of ascending importance).

The study determined that auto insurance satisfaction with shopping has remained the same for a third year.

Among the findings of the study are the following:

• The overall satisfaction level for the experience of consumers shopping for auto insurance coverage has scored 828 for the third year in a row.

• Among vehicle policy customers, 23 percent shopped to find a new insurer within the previous year.

Within that 23 percent of auto insurance customers who were seeking out a new insurer in the 12 months prior to the study, nearly half (45 percent) ultimately did so. This is the highest rate that the study has recorded since it first began measuring customer retention rates in 2008.

Comparatively, the percentage of consumers who have been shopping around for new coverage, though, has fallen from its high in 2011, which was 33 percent. Similarly, the rate of auto insurance customers who have changed insurers has spiked from its low point that was reached in 2010, at 33 percent.