So far, there have been 11 insurers that have joined into the multistate agreement to pay.

According to John Chiang, the California State Controller, there have been 11 life insurance companies that have now signed the multistate settlements for unpaid benefits of up to $763 million.

These settlements were the result of a half decade investigation conducted by Mr. Chiang and his team.

This investigation looked into the compliance that the life insurance industry has maintained with the unclaimed property laws in California. What his research revealed was that companies across the industry were not only failing to pay the death benefits to beneficiaries who did not make claims – as they did not make reasonable attempts to identify them and contact those beneficiaries – and they were not handing the funds over to the state for “safe keeping” which is their legal obligation. 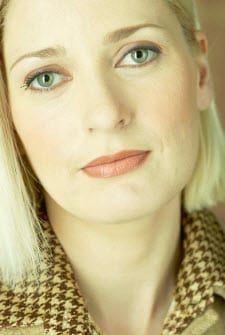 The life insurance settlement includes a number of requirements for the insurers including payments and procedure changes.

The insurers who have currently signed the life insurance settlement include Hartford Financial Services Group Inc. (HIG), ING Groep NV (ING, INGA.AE) and nine others. They have all agreed to pay 3 percent compounded interest, make policy beneficiaries whole, and put procedures into place that make sure that they are always complying with the laws for unclaimed property. This, according to a statement from Chiang.

Regulators in California are currently adding pressure to a number of the biggest life insurance companies in the company to apply the technology from their massive databases in order to find overdue payments and regularly cross-check their information against the list of deaths. This will help to make certain that benefits are always being paid promptly to the beneficiaries when a policyholder has died.

Many of the agreements have been reached through the efforts of a multistate task force under the leadership of Kevin McCarty, the commissioner of Florida. Chiang has stated that to date, he has managed to reach global settlements with 18 life insurance companies, for a national estimated value of $2.4 billion belonging to beneficiaries, with $266 million belonging to Californians. It is estimated that up to $86.7 million of the most recent settlements will go to beneficiaries in the state.