Retail giant Walmart appears to be getting into the life insurance business in Georgia and South Carolina. The company has teamed with New York-based insurer MetLife to begin selling policies in more than 200 stores located in both states. The life insurance policies that will be sold through Walmart are designed to be attractive to con 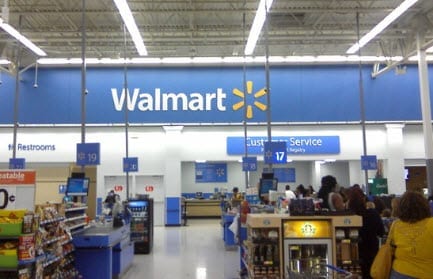 sumers looking to find affordable coverage without having to do extensive shopping or rely on plans that may be provided by their employer.

Partnership will open MetLife to a wider range of consumers

Walmart will be selling one-year life insurance policies from MetLife to consumers between the ages of 18 and 44. The policies will be priced at $69 for $10,000 worth of coverage. Prices will vary on a variety of factors, but consumers are expected to find minimum coverage at a flat rate once the polices begin going on sale in the coming weeks. MetLife is expected to see increased exposure with a wider range of consumers through partnering with Walmart, which is considered to be the largest retail company in the world.

Walmart follows in the footsteps of Costco

Walmart is not the first retail company to partner with and insurer. Last year, Costco began offering health insurance policies provided by Aetna in nine states around the country. This partnership has turned out to be relatively successful, but changes in the country’s health insurance landscape are threatening to create problems for the initiative. Walmart will be able to avoid some of these problems because it will be selling life insurance policies. The regulatory landscape for life insurance is also in flux, but the changes the industry is seeing in the country are considered modest when compared to those confronted by the health insurance industry.

The process of purchasing MetLife life insurance policies from Walmart will be relatively straightforward. Consumers purchase cards that represent the policy in terms of price and tenets from a participating Walmart store. The consumer then calls a MetLife representative, who will walk them through the process of obtaining coverage and activating the new policy. Those that qualify for the policy will receive a full refund for the card they purchased at Walmart by the retailer.