A new report has shown that insurers in the United States aren’t prepared for risks associated with global warming.

According to a report that was recently produced from a survey conducted by Ceres, an environmental investigator advocacy group, the majority of American insurance companies are in no way prepared to address the types of risks that could arrive as a result of climate change.

This study determined that this could bring about widespread negative consequences in dealing with this important issue.

Ceres surveyed 330 different insurance companies that represent about 87 percent of the American coverage market, in order to determine the way in which they respond to the issue of climate change, with regards to their climate risk management programs, their governance structures, their measuring and reduction of greenhouse gas emissions, their stakeholder engagement, and their use of computer modeling.

Among the surveyed insurance companies, only 10 percent had made climate risk management statements to the public. 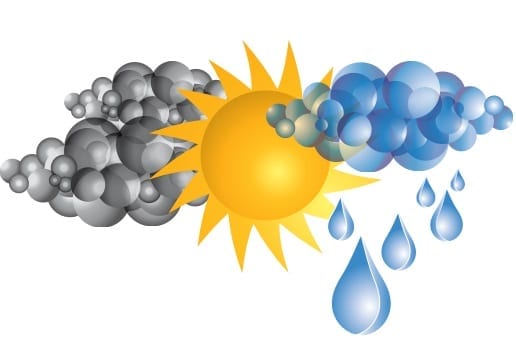 This data shows the way in which insurers are comprehending the climate science and the way in which they address investment portfolios and core underwriting. According to the report, “Given the insurance sector’s key role in addressing societal risks, this near total silence on climate change is deeply troubling and is thwarting constructive public engagement on appropriate responses.”

The insurance industry is among the markets that is most directly impacted by the risks and effects of climate change. The sectors within the industry that are at the very top level of risk in this issue is property and casualty. It is in that area that the survey showed the highest rating, with health, life and annuity insurers on the other end of the scale. That said, the survey said that they are still “not addressing climate risks comprehensively.”

As property and casualty insurance companies have a tendency to limit the coverage that they provide, or to even withdraw altogether from areas that are prone to disaster, such as coastal regions. This places the risk and responsibility onto the backs of institutions and communities. The report stated that the result of this is that they “reduce the resiliency of communities, which are less able to finance post-disaster recoveries.”