Homeowners insurance rates growing in Florida despite lack of hurricanes

Florida has not been the victim of any major hurricane for the past eight years. The state has managed to avoid the powerful storms that have formed in the Atlantic Ocean and even those that did move through the state were never classified as actual hurricanes. These storms caused modest damage, which could not have been considered enough to increase homeowners insurance rates n any significant fashion. Despite the fact that the state has managed to avoid serious natural disasters, home insurance

rates continue to grow and put financial strain on consumers throughout the state. 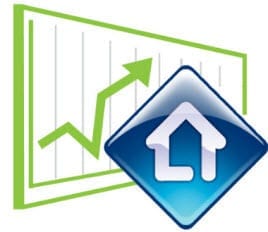 Increasing rates are likely due to the continued problems that the state’s Citizens Property Insurance continues to see. The state-run insurer accounts for more than 1.3 million policies throughout Florida, but has been struggling with crippling financial problems since the arrival of Hurricane Katrina in 2005. While the storm did not hit Florida directly, it did cause significant damage in some parts of the state, which had to be covered by Citizens Property Insurance. These damages added to the other problems that the insurer had been faced with, some of which involved a proverbial epidemic of sinkholes that caused damage to homes in many parts of the country.

Florida lawmakers have been working to resolve the financial problems of Citizens Property Insurance but have yet to find an effective solution. One of the methods that the insurer has been using to address its own financial issues is to raise rates on homeowners insurance coverage. This is meant to drive policyholders to other insurance providers, though many companies simply refuse to do businesses in certain parts of the state, effectively making Citizens Property Insurance the only option.