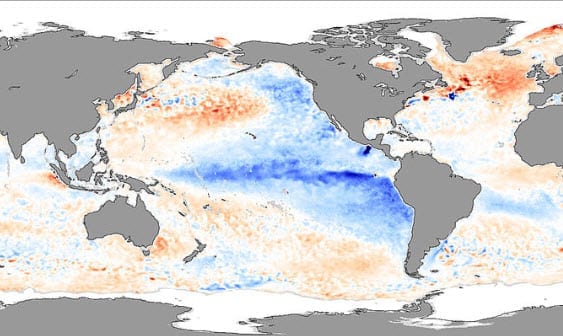 The CEO of Travelers has said that severe weather patterns are the reason prices are rising.

According to Jay Fishman, the CEO and chairman for The Travelers Cos. – one of the largest insurance companies in the country – has stated that the reason that the premiums for homeowners insurance have been steadily rising over the last three years has to do with the more extreme weather patterns that are the result of climate change.

Insurers have come to accept that the weather is different now than it had once been.

When speaking on “Squawk Box” on CNBC, Fishman said that “We’ve embraced the notion that weather is different. I don’t know why. I’m not a scientist.” He then went on to say that “If you’re not impressed with what the weather has been doing over the last few years, you’re not keeping your eyes open.”

Fishman mentioned some of the more recent events that illustrate why homeowners insurance rates are changing.

The most recent of those large weather events was at the close of October, when Superstorm Sandy, which struck the Northeast coast of the United States. According to Risk Management Solutions, a catastrophe modeler, it is believed that this most recent storm will become the weather event that generated the second highest costs in the history of the country. Its estimations when all is said and done, the insured damages will come to approximately $25 billion.

According to Fishman, “I don’t really know how impactful Sandy will be on prices. Sandy was in the playbook. It was something that all of us in the industry had contemplated.” This said, it could mean that the impact of that single massive storm may not have a tremendous impact on the price of homeowners insurance, but that it is the trend toward larger and more frequent storms that is having the upward effect on premiums.

Travelers reported its fourth quarter earnings last week, which were better than had been anticipated on underwriting margins improvements. However, Fishman cautioned that those results don’t include the entire influence that Sandy will have had on homeowners insurance and other coverage.