Homeowners in Massachusetts are growing more frustrated with high insurance premiums. The Massachusetts Division of Insurance has taken a step to help consumers better understand why rates are rising so quickly by making the rate review process open to the public. The decision may provide more transparency when it comes to increasing homeowners insurance rates. It is unlikely, however, that this will reduce the frustration that consumers are feeling when it comes to insurance premiums.

Division of Insurance will provide more transparency for homeowners 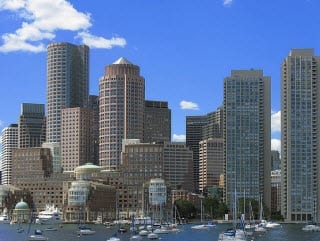 The state’s Division of Insurance will hold its first informational hearing in the coming days. During this event, consumers will hear how the agency reviews and approves rate increases. Many homeowners, however, have called for evidence from insurers that their rate increases are necessary. Many insurers have claimed that rate increases are needed in order to recover from the financial losses they have seen as a result of natural disasters and other issues. According to Citizens for Homeowners Insurance Reform, a consumer advocacy group, the recent round of rate increases has been far too excessive for consumers.

The anger that homeowners are expressing has reached the point where the state’s Senate has launched its own inquiry into why regulators have approved rate increases from the state’s largest insurers. Rates for some homeowners rose by a more modest margin than what others saw. Higher rates were needed, however, due to the record snowfall that the state saw this year. The snowfall caused significant damage to property throughout the state, which lead to a higher degree of claims.

It is currently unclear if the Division of Insurance will take any action to reverse the rate increases it has already approved. Such action would be welcome to homeowners, but it may fray relations with insurance companies that provide coverage in the state. Recovering from financial losses typically involves increasing premiums, but regulators are meant to ensure that rate increases remain balanced.