This Week’s Trending Topic: Flood insurance in the US is often misunderstood

In the U.S., flood insurance is often a misunderstood issue. Many homeowners throughout the country live in regions that can be considered to be at high risk of flooding, either due to heavy rainfall or because of the region’s exposure to hurricanes. While homeowners in these regions of the country are exposed to flooding disasters, very few people actually have flood insurance protection. This could be due to a simple misunderstanding that most people have regarding their homeowners insurance policies. Many people believe that their homeowners insurance coverage also protects their homes and possessions from flood damage, but this is not the case.

Flood insurance is not typically something offered by private insurers in the country. Instead, flood insurance is well within the jurisdiction of the federal government. Coverage for homeowners and businesses alike is offered through the National Flood Insurance Program, which is managed by the Federal Emergency Management Agency. The federal program is usually the only place that homeowners can find flood insurance coverage for their properties. Private insurers do not offer flood protection because of the costly nature of floods, especially those caused by natural disasters.

Flood insurance is meant to supplement homeowners insurance coverage. Flood policies will provide a financial windfall for victims of floods and can assist in the recovery effort in the wake of these natural disasters. According to the Federal Emergency Management Agency, the National Flood Insurance Program paid more than $1.2 billion in insurance claims through the whole of 2012. The majority of these claims came from Louisiana, New Jersey, and New York, where powerful storms and heavy rainfall caused significant damage to properties. According to the federal agency, the average flood insurance policy premium in 2012 was approximately $650 per year. 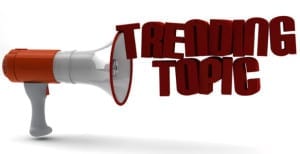 The National Flood Insurance Program is the best place to find appropriate coverage in the U.S., but the federal program has been crippled by financial trouble over the past several years. Today, the federal program is contending with massive debt that threatens its ability to pay claims in a timely manner. The majority of this debt was accrued in the wake of 2005’s Hurricane Katrina, and the federal program is still attempting to recover from the financial impact of that devastating storm. The U.S. government has been working to solve the problems crippling the National Flood Insurance Program but the renovations lawmakers have introduced to the program over the past year have only affected modest improvements.

The benefits of flood protection outweigh its costs

Even though the National Flood Insurance Program is facing financial turbulence, acquiring appropriate flood insurance coverage through the federal program may be a good idea. The costs associated with flood damage are astronomical and can leave those without flood coverage in a very problematic financial situation. Victims of 2012’s Hurricane Sandy are the most recent example of the financial damage that can be caused by floods. Many of the homeowners that fell victim to the floods caused by the storm discovered too late that their homeowners insurance policies offered them no protection from flood damage. Many of these homeowners remain in a problematic financial situation even several months after the storm’s impact.

Thank you for joining us in this week’s new “Trending Topic” editorial. If you have a subject you want to hear about, email us at [email protected]