Health insurance exchanges throughout the U.S. have encountered many problems over the past month. When open enrollment began, exchange websites were flooded with traffic, leading to capacity problems and technical glitches with many exchange systems. In the weeks that followed, many state-based exchanges were able to overcome these issues, though technical difficulties still plagued the healthcare.gov website and enrollment system. As health insurance exchanges have begun growing more capable of handling demand, they are beginning to accomplish one of their primary goals: Increase competition in state insurance markets.

exchange has been bolstering the competition within the state’s market, especially in the Richmond area. Insurance companies are beginning to make changes to policies and their network of health care providers in order to cover the needs of consumers. Some insurers are making cuts to their networks, limiting the physicians and hospitals that policyholders have access to, while others are looking to provide more benefits to their policyholders in order to compete with policies being sold through the state’s exchange. 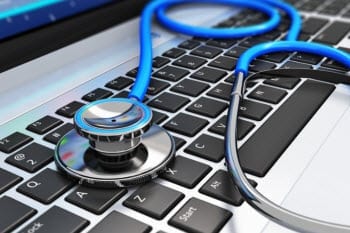 Not all insurance companies are participating in the state’s health insurance exchange. Some have opted to remain in the private market in order to avoid stringent federal regulations. Those that are participating in the state’s exchange are beginning to clash with one another, hoping to win a sizeable share of the new marketplace. Some of the state’s largest insurers, such as Anthem Blue Cross and HCA Virginia Health System, have allied in order to beat back their competition.

Network availability may determine value of certain policies to consumers

Higher competition is expected to have an impact on health insurance premiums. As companies work to gain a larger share of the market, they are making their policies more attractive to consumers in terms of cost. Better benefits at lower rates are likely to attract a great deal of attention, but network availability may also be a major selling point for many people.