Senate failed to pass the House-sponsored continuing resolution (CR) to the president on Friday.

The Senate was unable to advance the House-sponsored CR ahead of a US government shutdown last week. It left the Children’s Health Insurance Program (CHIP) unfunded, placing many states at risk of losing their medical coverage for kids from low income families.

The “Cadillac tax” has also failed to move forward, as the government shutdown began at midnight on Saturday.

The six year extension of CHIP funding had bipartisan support. Both Republicans and Democrats were in favor of funding the health insurance program for kids and pregnant women from low income families. However, the US government shutdown occurred after lawmakers were completely unable to come to a deal by the end of Friday night. The House CR was defeated in a 50 to 49 vote.

Senate Majority Leader Mitch McConnell was incapable of building the support needed to achieve the 60 vote threshold needed to pass the CR.

Each party blames the other one for the US government shutdown, but the fact remains that CHIP is unfunded. 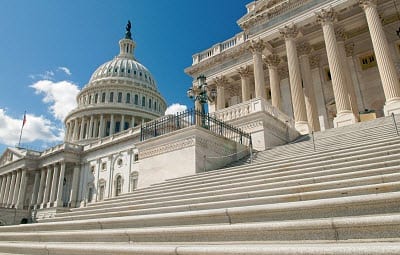 The House had passed a CR by Thursday evening for the purpose of keeping the government open until February 16. That continuing resolution came with three main health care provisions. Primary among them was a six year CHIP extension. It also involved a medical device tax delay and the “Cadillac tax,” both of which were a component of the Affordable Care Act (ACA).

Families depending on CHIP to provide health insurance for their children are now deeply concerned about their coverage future. Across the United States, CHIP covers about 9 million kids. Congress did not reauthorize it in time for its expiry on September 30, 2017 so the program has been without funding since October 1.

While many states have come up with ways to maintain at least parts of their CHIP in one way or another, the options are thinning. In fact, almost a dozen states are already teetering on the edge of running out of funds altogether. Some say they will barely make it beyond January while others don’t have enough to make it past February.

According to a Health Policy Institute Center for Children and Families report from Georgetown University, the US government shutdown will leave 11 states without the funds necessary to continue coverage after February. At that time, 1.7 million children will no longer have health insurance plans.