The President’s decision to cut off payments vital to making insurance plans affordable is creating turmoil.

Before the start of the weekend, President Trump decided to singlehandedly eliminate the health care subsidies central to the Affordable Care Act. The move takes away money critical to making sure lower income Americans can afford the coverage they need.

Trump’s decision was made to try to put pressure on Congress to repeal the ACA, despite many prior failures.

The health care subsidies were added to President Obama’s reforms to protect consumers against the cost of insurance policies they were obliged to purchase. Trump claims to have stopped the payments to protect those same consumers against skyrocketing premiums as well as to place significant pressure on Congress in order to avoid a government shutdown in 2017.

At the same time, this decision may lead to insurance market chaos and could send insurers running for the hills and away from the Affordable Care Act’s exchanges. This could significantly increase the cost of coverage to the federal government and may make health insurance plans impossible for some consumers to afford.

The elimination of the health care subsidies occurred only hours after Trump made other decisions for the market. 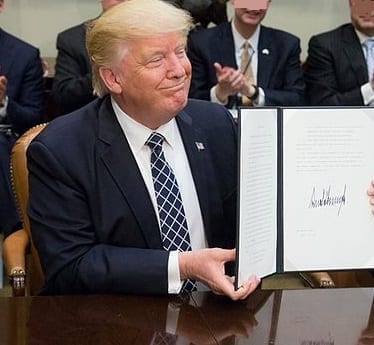 Among the immediate results following the removal of the subsidies was a slump in health insurance company stock prices. President Trump bragged about the impact on insurer shares as a sign that his decision was the right one.

The subsidies were not the only change Trump made to the Affordable Care Act last Thursday. Only hours beforehand, he signed an executive order that cut into Obamacare by encouraging the creation of reduced price health insurance policies that would not need to meet the minimum coverage quality standards of the ACA.

States, health insurance companies and consumer protection advocates spoke out against the president’s decisions. Lawsuits have been filed by states and organizations alike against the Trump administration. New predictions show that health plan premiums are about to see a significant spike. Many anticipate that the American middle class is about to be priced out of coverage.

Trump’s take on his elimination of the health insurance subsidies is that “If the Democrats were smart, what they’d do is come and negotiate something where people could really get the kind of health care that they deserve,” and that all the subsidies were doing was “making insurance companies rich.”