Homeowners policy customers are discovering that their coverage may not offer protection. 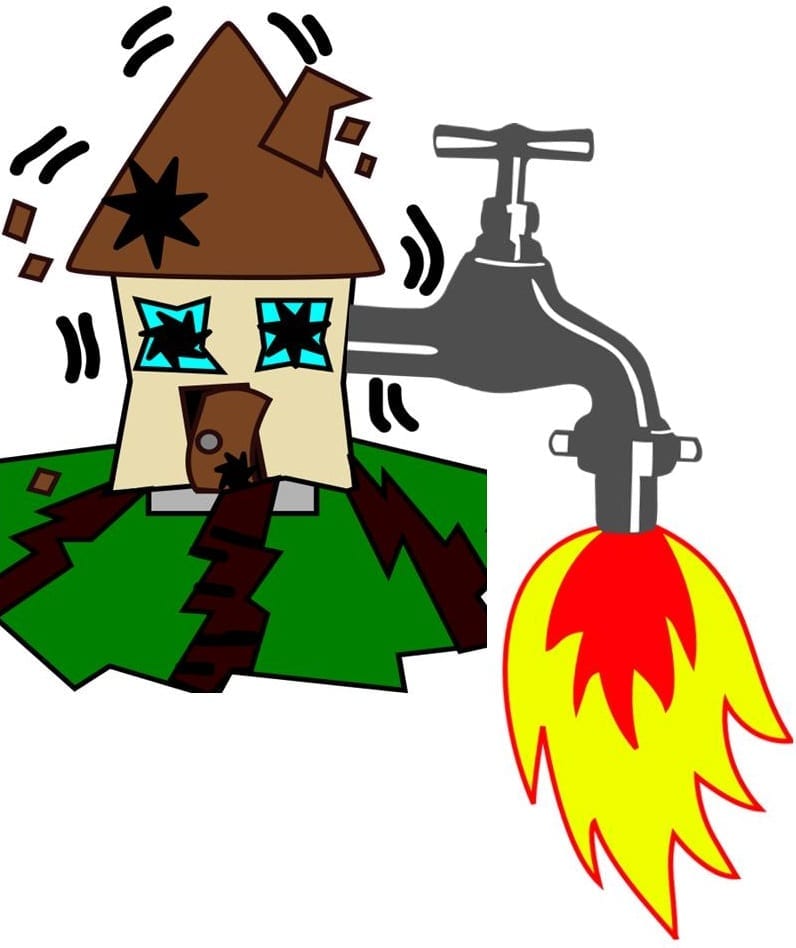 Customers of Texas insurance companies have been experiencing a rise in the frequency of earthquakes in their state, but are also discovering that if they result from hydraulic fracturing – otherwise known as “fracking” – coverage may not automatically be provided by their insurers.

One couple named David and Meredith Hull, have experienced an earthquake – and then thirty more – all since early November 2013. One threw the couple against their appliances in the kitchen. “It felt like something was under the house literally lifting it up and slamming it back down on its foundation,” said Mr. Hull, a retired sheriff’s deputy who was 60 years old at the time. Other areas have experienced seismic activity over 300 times in that same period since November. The problem seems to be that the Texas insurance industry and the energy companies who conduct the fracking are not in agreement as to what is causing the quakes.

People who have made Texas insurance claims on their homeowners policies have sometimes been denied payments.

Energy companies say that there is no direct link between the fracking wells and the earthquakes. They feel that there is inadequate evidence to show that the activity of hydraulic fracturing for natural gas in the region will lead to the tremors. Most of the 35,000 wastewater disposal wells that are located all throughout the state have not reported any seismic activity, says the Bill Stevens from the Texas Alliance of Energy Producers. At the same time, they have still created a task force that is looking into the wells that are experiencing quakes.

Stevens explained that while they do feel that there is no crisis present, “But we’re also dedicated to pursuing it to the end.”

While the earthquakes have been relatively small – typically under a 4.0 magnitude – and aren’t large enough to lead to major damage, their sudden occurrence is certainly enough to draw the attention – and action – of state leaders. A seismologist was hired by the Texas Railroad Commission to study the matter. That organization oversees the gas and oil industry. In May, Texas legislators held a House Subcommittee focused on Seismic Activity in order to gather expert and affected resident testimony.

A subcommittee hearing last month heard testimonies of gaping sinkholes in fields and cracked ceilings that have resulted from the quakes. Historically, the Texas insurance industry hasn’t seen many quakes, considering them to be quite rare. However, they started at a surprising rate in 2008 when fracking for natural gas started in the area of Dallas-Fort Worth, according to the University of Texas associate director of the Institute for Geophysics, Cliff Frohlich. He stated that “You can never prove 100% that earthquakes are caused by humans… But it’s pretty suspicious.” Unfortunately for some insurance customers, such as David Hull, the splintered window and cracked exterior wall as well as fractures to all three of his toilets are not covered by his homeowners policy. His insurer says that the quakes were man-made.