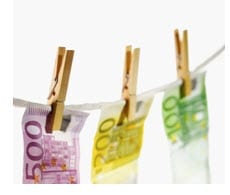 As the economies of Europe and America continue to struggle, Asian insurers are seeing great opportunity for investments. Samsung Life Insurance, the largest insurance group in South Korea, has taken a keen interest in distressed assets that banks in Europe and the U.S. have put up for sale. The company had stepped back from investments when the recession of 2008 made a major impact on the global economy. Now, however, the opportunities seem to great to ignore.

Samsung has more than $130 billion in assets and is willing to invest some $200 million in distressed assets from foreign companies. The potential investments are part of the insurer’s plan to expand overseas where insurance markets are more lucrative. The plan is not meant to be aggressive due to the persisting European financial crisis. The insurer believes that conservative investments will put it in a favorable position when this crisis is resolves and expansion becomes a more viable option.

Like all investments, Samsung Insurance’s latest initiative is a risk. If yields remain low on these investments like they have in previous years the company will likely see major losses. The insurer is concerned, but not overly so due to their extreme surplus capital. Despite the potential risks, these investments are expected to help stimulate the economies of both the U.S. and Europe to some degree.