So far only nine people from the state have signed up for the emergency legislation option.

Despite the fact that an emergency temporary retroactive health insurance legislation has been put into place to allow people in Maryland to be able to make sure that they meet the requirements of the health care reform, despite the fact that their online exchange has been faulty, at the last tally, there were only nine people who have signed up to participate in this opportunity.

Near the start of the year, the expectation was that about 5,000 people would need this opportunity. 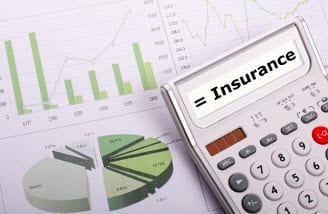 Helping those 5,000 people through this health insurance exception was expected to cost Maryland millions of dollars. However, since that time, the four insurers that are participating in the state’s insurance exchange have offered their own retroactive plans, providing this assistance to around 300 households. This has converted the option being offered by the state into a last resort opportunity for special cases.

Many are seeing this low number of retroactive health insurance enrollees as a positive sign.

According to the secretary of health and mental hygiene, Joshua Sharfstein, who spoke at a recent budget hearing, this very low number of people who have enrolled “is a sign that there are not so many people who are having so many challenges that they are going that route.” He also went on to point out that the state has “been doing an enormous amount of work” in order to try to repair the various parts of the system that have been failing residents of Maryland, “so that we can get through open enrollment.”

At the same time, though, there were a few lawmakers who spoke at the budget meeting that questioned whether or not the low number of enrollees in the retroactive plan program is actually a sign that the state is succeeding. Some suspected that the option may not be adequately promoted and, therefore, consumers may not even know that they can take advantage of it.

David R. Brinkley (R-Frederick), the state minority leader, has said that his confidence in the ability of the health insurance exchange to make predictions that are in any way accurate are diminishing.