Dispute between Oregon and Oracle threatens the capabilities of Cover Oregon

Acclaimed technology firm Oracle has been at odds with the State of Oregon regarding its health insurance exchange. The exchange makes use of technology that has been developed by Oracle and this technology allows the exchange to operate as it is meant to. The problem, however, is that Cover Oregon is not yet fully developed and state officials have called into question the viability of Oracle’s insurance technology. The tension between the state and the technology firm had reached a point where the continued operated of Cover Oregon was called into question. 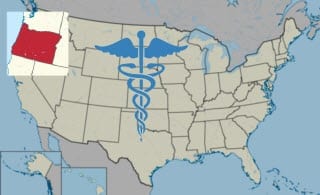 State officials have agreed to enter into a new agreement with Oracle in order to ensure the continued development and operation of the insurance exchange. Per the agreement, the state will withhold $25.6 million of the $69.5 million it owes to Oracle for its services. Both Oracle and the state have agreed to reserve the right to pursue legal action if the funds are not released in the future or if Oracle fails to provide adequate services to the state’s insurance exchange.

The agreement also ensures that Oracle will continue to provide support for the state’s exchange rather than leave the state to operate the exchange on its own. This is likely to ensure that the exchange will continue to be able to offering insurance services to those living in Oregon through the remainder of the open enrollment period. Exchanges will remain open to the public until March 31, after which, consumers will have to find the insurance coverage they need from the private market or other government programs.

Many exchanges continue to wrestle with technical difficulties

Insurance exchanges throughout the U.S. have been struggling to overcome serious technical problems. Exchanges developed by the federal government have had a difficult time providing services to consumers due to infrastructure and technology shortfalls. State-run exchanges, however, have managed to avoid many of these problems, though they have also experienced technical issues of their own.