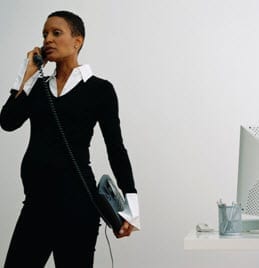 New legislation in California will mean that employers will be required to extend their pregnancy, childbirth, or related medical condition, disability insurance coverage for workers for up to up to 16 weeks.

Senate Bill 299 was signed into law by Governor Jerry Brown and will become effective on January 1, 2012. It will require employers to provide continuous health insurance coverage for up to 16 weeks for workers that are disabled due to pregnancy on the same grounds as they would before a they had taken any leave of disability.

This bill did not receive very much attention as it made its way through the California Assembly and Senate. According to Sacramento-based Carlton DiSante & Freudenberger L.L.P. law firm partner Robin Weideman, “This one fell under the radar screen.”

In some ways, this new legislation in California reflects the U.S. Family and Medical Leave Act of 1993, though there are some notable differences. The federal regulation states that healthcare coverage should be maintained for up to 12 weeks, as opposed to California’s 16 weeks.

More specifically, they stated that the new law conflicts with the Employee Retirement Income Security Act, which went into effect in 1974 and pre-empts both local and state regulations which have to do with benefits for employees.