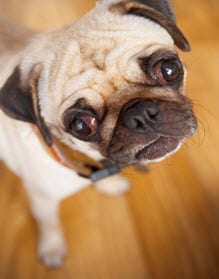 The leading animal coverage provider in the United States, Petplan pet insurance, has revealed the results of its data from 2011, showing the top 10 most common health conditions in dogs and cats.

Though some of the conditions, such as diarrhea and vomiting, were to be expected, there were a few surprised about what made it into last year’s most common illness list.

According to the claims data received by Petplan last year, the following are the top ten conditions reported:

As common as these health conditions may be, they can still be quite expensive to treat. In fact, for the top condition last year, diarrhea and vomiting, the average claim that was made for gastrointestinal issues was more than $400. The most expensive claim in this category was $6,700.

Similarly, the seventh most common condition, the injury to the cruciate ligament (which is the same as a human ACL injury), had the most expensive cost per treatment of all of the reported issues, with an average claim of $2,000, and a top claim at $6,000.

Among all of the ten conditions, nine of them are on the Petplan list for the second time. Periodontal disease arrived on the list for the first time, having been in sixteenth place in 2010.

Though cancer, which includes all forms of cancers and cancerous tumors, is second on the list as it was in 2010, further analysis of the data from the claims made to Petplan has shown that there is actually an increase in the instance of cancer among pets.