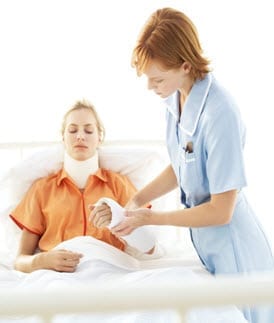 According to the results of a study that were recently released, there would be “potentially disastrous economic impacts” if there were to be a cap to the personal injury benefits under the state’s no-fault insurance law.

The research, which was performed by the Anderson Economic Group for the Coalition Protecting Auto No-Fault, looks into the possible outcome of a bill before the Michigan Senate that had bipartisan support.

This bill was sponsored by senators Virgil Smith (D-Detroit) and Joe Hune (R-Whitmore Lake) and would permit a cap as low as $50,000 for drivers’ injury and rehabilitation benefits. The current regulations allow unlimited benefits under this coverage.

Representative of Truscott Rossman, John Truscott, said that “It’s a major shift in cost to taxpayers, because it shifts the cost to Medicaid.” He added that the bill would also cause issues to nursing homes offering long-term medical care.

The Insurance Institute of Michigan’s executive director, Peter Kuhnmuench, said that the bill that would allow these caps, and another companion bill that would also lead to a fee schedule for medical services, could lead to a reduction in premiums.

He said that the main worry is the way in which the health care delivery system will be affected, as it will be adding to the system’s cost constraints. He added that among all of the personal injury claims, only 6 percent involve benefits larger than $50,000. Moreover, the percentage that would affect Medicaid would be even smaller, since many of those policyholders would have additional insurance that could apply once expenses reached the cap.