The insurer of last resort is now increasing the amount that policyholders must pay for coverage.

Throughout the state, Louisiana homeowners insurance customers who have their coverage through Citizens are discovering that their rates are headed up yet again, regardless of whether they are covered for their homes or for wind-only policies.

Other forms of coverage affected by the change include mobile home, renters, and condo policies. 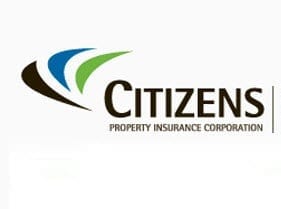 The average increase across all of these forms of Louisiana homeowners insurance and other affected forms of coverage is 5.2 percent. Following a vote by the Citizens board, it was decided to make the rate filing to the Department of Insurance in order to receive approval. The proposal would have impacted the rates of approximately 90 percent of the personal lines held by policyholders through Citizens. It would have brought their rates up by an average of 6.7 percent. This, according to Steve Cottrell, the Chief Financial Officer.

Louisiana homeowners insurance customers in certain other areas will see a decrease.

For example, those with their home insurance policies below the Intracoastal will experience an average drop in their rates of 8 percent. It is required by the law in the state that Citizens must charge their customers 10 percent higher rates than private insurers with the exception of some parishes along the coast.

According to Cottrell, the rates that it has established are based on 71 other private insurers in the state that offer the same type of coverage. There are currently around 89,000 personal lines policyholders covered by Citizens in that state.

The commissioner in the state, Jim Donelon, said that the majority of the rate increase that was proposed for the Louisiana homeowners insurance coverage was driven by the most recent increase that occurred at State Farm. That insurer’s rates for home coverage increased by an average of 8.7 percent across the state. This required Citizens to respond with its own rates in order to continue to comply with the law. These increases are not new to the residents of the natural disaster prone state, who see them on a regular basis.