The typical policy is no longer protecting people in certain behaviors that have become commonplace.

The latest insurance news from Oregon now includes a statement released by that state’s commissioner with regards to what he called a “sharing economy” and that the typical type of policy does not provide adequate coverage for using a vehicle as a part of a ride sharing service or for renting out a home.

In Oregon, the insurance commissioner has previously remained quiet about coverage in these areas.

Services such as Uber and Airbnb are becoming increasingly commonplace in Oregon, as well as across the rest of the country, and insurance news is starting to show a growing number of cases in which the traditional coverage held by individuals who use them may not adequately protect them. These coverage products were not designed with this type of “sharing economy” in mind, so it has left a number of gray areas that are leading to struggles with claims, and a rise in court cases of this nature.

Insurance news is often made as new industries emerge, as it creates all new coverage situations. 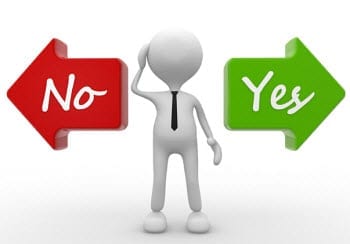 According to Insurance Commissioner Laura Cali, “When a new industry emerges, it often creates unique insurance situations.” She also added that “Consumers should be aware that traditional insurance policies may not apply when participating in a new kind of business.”

When it comes to home sharing, the standard homeowners insurance policy will often allow for the rental of a single room, if the policyholder takes on a boarder. However, that same policy typically will not provide coverage if one room, several rooms, or the entire house are regularly made available for renting, as this transforms the nature of the building into a business, according to the industry. For that reason, services such as Airbnb have created quite a hazy area when it comes to the coverage provided by homeowners policies as the industry looks at the stay as though it were a hotel circumstance, and not a boarder rental. Airbnb doesn’t provide its homeowners with liability coverage but does offer a “Host Guarantee”, which is not insurance but that covers damaged property of the host up to $1 million.

On the other hand, with ridesharing, companies such as Uber, Lyft, and Sidecar are watching insurance news across the country as each state is dealing with the auto policy coverage issues in their own way. Many states are now coming up with new laws to help to better define the type of coverage that is required, and when in the process of using the service that coverage becomes necessary (for example, when the driver logs onto the service, when s/he accepts a ride request, or when the passenger gets into the vehicle).