The I.I.I. has released data showing the repercussions of cohabitation.

The Insurance Information Institute has released its most recent insurance news, which involves the impact of the growing number of people in the United States who are living together as roommates or unmarried partners.

One in eight American households include two or more non-related people.

According to the U.S. Census Bureau, the current statistics show that over the decade from the year 2000 to 2010, there has been an increase of 5 percent in this living situation. This suggests that there has been a notable rise in the number of people who are living as roommates, housemates, boarders or roomers, or unmarried partners who 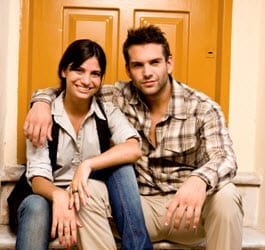 have moved in together.

This insurance news leads to a common question regarding shared policies.

One of the most common pieces of insurance news information that is sought by individuals who are cohabiting is whether or not they may share a homeowners, renters, or auto policy. The answer is not simply a “yes” or a “no”, but it is not difficult to discover.

According to the consumer spokesperson at the I.I.I., as well as the senior vice president of public affairs, Jeanne M. Salvatore, “Laws vary from state to state regarding unrelated people being allowed to have their name on a renters policy, but, where allowed, many insurance companies do offer renters insurance to roommates or an unmarried couple.” Salvatore went on to explain that “However, just because a policy is available does not mean it is the best thing to do in every situation.”

Experts in the industry say that the news is just as important to roommates and unmarried couples who are living together as all other types of bills. Just as they will discuss bills and expenses such as rent, utilities, cable and internet services, and so on, they should also look into whether or not they can share a policy and how those premiums will be covered. They should also discuss the ways in which things will be managed financially if someone should decide to move out. This will help to make sure that they have the protection that they need, and that there aren’t any unnecessary surprises in a time that a claim could be made.