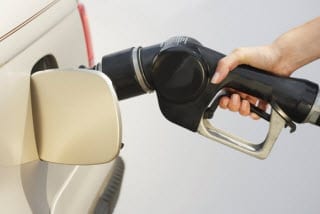 American consumers have experienced an average 1.9 percent increase in vehicle ownership costs such as auto insurance and fuel.

A recent study has shown that drivers in the United States have undergone an average increase of 1.9 percent in the costs associated with their vehicle ownership, ranging from auto insurance to tires, and from fueling up to vehicle depreciation.

This information was outlined in the AAA 2012 ‘Your Driving Costs’ study report, which indicated that in the United States, gas and tires alone have increased the annual cost of owning a sedan to $8,946 (59.6 cents per mile), and of owning an SUV to $11,360 (75.5 cents per mile). This was based on an average annual amount of driving of 15,000 miles.

According to the director of automotive engineering and repair at AAA, John Nielsen, “The average driving cost for 2012 is up due to relatively large increases in fuel and tire costs, and more moderate increases in other areas.” He added that “Those increases were offset by a decrease in depreciation resulting in an overall increase of 1.9 percent.”

The study broke down some of the major vehicle ownership costs into specific categories:

• Fuel – there was an average increase in fuel cost of 14.8 percent from 2011 to 2012, which brought the cost per mile up to 14.2 cents for the average owner of a sedan. The average expense associated with using regular grade fuel (which is the most commonly used) saw a rise of 16.6 percent, jumping from $2.880 per gallon to $3.357. This was the largest increase from last year to this year.

• Tires – the price of tires also rose between 2011 and 2012, by 4.2 percent, which was the second largest increase seen by vehicle owners from last year to this year. The cause is the increasing cost of natural rubber as well as of the oil that is required in both the production and transportation of the product.

• Depreciation – the costs from depreciation have actually fallen by 4.9 percent between 2011 and 2012, as they hit a notable high last year.

Many vehicle owners are seeing this as a sign that now is the right time to look at different ways to save on auto insurance to help to keep their overall expenses more affordable.