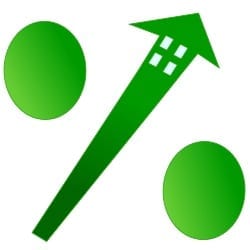 Lawmakers from Southern Florida are looking to make get their hands on a larger share of the state budget as well as put a stringent cap on homeowners insurance rates throughout the state. The state’s upcoming legislative session will prove to be very important for homeowners insurance in Florida, as lawmakers continue to work toward solutions concerning the problems with the state’s Citizens Property Insurance as well as fraud. The lawmakers from Southern Florida claim that they are working to address the concerns that voters have been very vocal about over the past year.

The upcoming legislative session will be packed with numerous high-profile proposals. Lawmakers throughout the state are looking to make major changes to various districts throughout Florida, as well as address issues regarding school safety and funding services for seniors. The state has approximately $70 billion to devote to these various efforts, but lawmakers from Miami-Dade and Broward are looking to lay claim to the lion’s share of the budget in order to tackle homeowners insurance and other issues.

Citizens Property Insurance is considered the best, if not only, place for residents to receive the homeowners insurance coverage they need. The state-run organization typically offers coverage at a lower rate than that offered by private companies, but private companies have been fleeing the Florida market due to concerns over risk exposure. The state-run insurer has been plagued with financial troubles over the past several years, and was recently ordered by state lawmakers to take dramatic action to solve many of these problems, such as raising rates on coverage exponentially.

Rising rates have been a very controversial subject for Florida residents and the concerns of these consumers have not gone unheard by lawmakers. Backed by a larger share of the state budget, Miami-Dade and Broward legislators will work to introduce caps on homeowners insurance rates, limiting the extent to which Citizens Property Insurance can raise premiums. Whether this will win support from other lawmakers has yet to be seen, as raising rates on coverage is considered one of the best ways to solve the problems of the beleaguered insurer.