Environmental liability insurance is rapidly growing in popularity as exposures have grown beyond the coverage from general liability and standard property policies.

Claims relating to pollution and the environment are frequently complex as well as expensive.

The pollution coverage has moved from its former position as a niche market that was geared nearly exclusively to the oil and gas industry as well as chemical manufacturers. Now, it has expanded into a far more mainstream position. The growth was greatly driven by amped up environmental regulation which has increased liability exposures.

“If a company is refinancing or trying to get a loan for a property, a bank won’t want to take on any pollution exposure and so will require the company to have pollution coverage in place before offering any funding,” said Foxworth. At the same time, individuals and companies alike shopping for property are seeking pollution liability coverage, particularly if they plan to build on that property, he added.

Similarly, large property developers frequently seek out environmental insurance coverage before they break ground on a project. Contractors will also sometimes buy a pollution insurance policy as some are not permitted to begin on site until they have arranged for coverage. 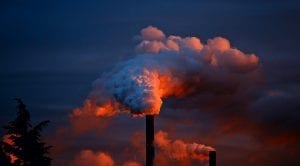 that education regarding the exposures and the coverage is still lacking on the whole. He referred to education as the “consistent number one challenge” this type of product faces when it comes to widespread adoption.