Auto insurance companies consider them to be a higher risk than those living on their own.

Millennial motorists who still live at home with their parents pay higher car insurance rates than their counterparts who don’t, say the results of a new study.

Millennials who own houses or condos tend to pay notably less for their auto insurance coverage.

The higher car insurance premiums study was conducted by Compare.com. It determined that millennials who live with their parents pay considerably higher car insurance premiums than their home owning counterparts. In fact, the research showed that the average millennial driver still living with parents pays 73 percent more than a millennial who lives in a condo and 45 percent more than a millennial who owns a single-family home, said a Market Watch report.

Compare.com CEO, Andrew Rose, confirmed that the price differentials weren’t exclusively traced back to the driver’s living situation. However, Rose pointed out that a person’s profile when living in a condo or when owning a house tended to align with other factors that led to cheaper auto insurance rates. For example, those owning condos and houses tended to have higher insurance scores, a longer insured track record and more experience behind the wheel.

CarInsurance.com consumer analyst Penny Gusner also pointed out that when millennials live with their parents, they may not receive a homeowners discount or be able to bundle their home and auto insurance for combined discounts.

“A driver living with his or her parents may not have a healthy credit history built up yet, while those who own a home in most cases would,” added Gusner. “People with fair or poor 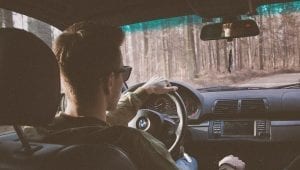 credit typically pay more for insurance, because though controversial, insurers deem them as higher risk,” she said. Therefore, millennials living with parents pay higher car insurance rates because they have not yet built the healthy credit history enjoyed by homeowners.