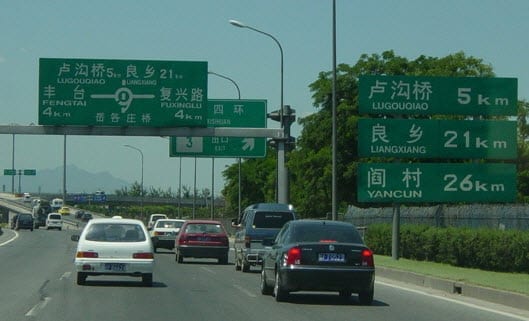 Since 2009, China has been able to boast a profit in its auto insurance sector, as it experienced a tightening on the regulation of price controls that turned it around after years of losses within the insurance industry as a whole, as 70 percent of its profits were from that sector.

Now, China’s State Council is thinking about taking things a step further, with the consideration of a plan that would permit some foreign insurers to sell their own liability policies for the first time within the country, increasing the local insurance marketplace competition.

A plan was submitted by the insurance regulator to the country’s State Council, the cabinet of China, in order to permit qualifying companies to sell compulsory third party liability vehicle insurance. To be eligible, there are certain criteria which must be met by the insurer, such as profitability.

The China Insurance Regulatory Commission submitted the proposal in the hopes of eliminating a restriction that is currently in place that prohibits foreign insurers from taking their own piece of the largest car market in the world, since customers have a tendency to select the same company for both their mandatory and optional coverages.

In China, auto insurance generates 80 percent of the PICC Property & Casualty Co. premiums. That insurer is the largest non-life insurance company in China.

According to analyst Olive Xia, from Core Pacific-Yamaichi International Ltd. in Shanghai, the result of the proposal’s implementation should cause completion to build and will lead to negative results for domestic property insurers. Xia added that “‘Foreign insurers’ market share should rise over time, but the short-term impact won’t be huge” since Chinese insurers have already become well established within that marketplace.