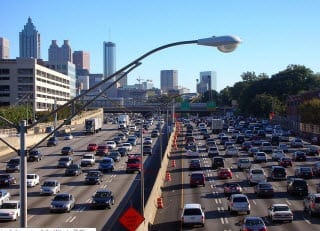 Policyholders in Georgia with State Farm Mutual Automobile Insurance Co. can look forward to a decrease in their rates by an average of 2.2 percent starting on November 21, 2011.

State Farm is the leading car insurance company in Georgia. It will be saving its customers in the state a total of $23.2 million per year. The Georgia Insurance and Safety Fire Commissioner’s office explained that the reduction in rates by State Farm are not the result of any state mandates.

According to one of the commissioner’s spokespeople, the Georgia Insurance Department did not apply any pressure to State Farm to make this decision. Instead, it was a market choice that the insurer made by itself. He added that “At this time, no other major insurers in Georgia have taken such an action, but our department is hopeful that this is a trend.”

Twenty percent of all drivers in the state of Georgia are insured by State Farm. As a result of the drop in premiums, State Farm’s overall rate level in that state will by lower by 11.9 percent than it was in 2004.

The decreases in premiums will be for the comprehensive and collision coverage offered by the insurer. Comprehensive insurance with State Farm protects its policyholders against losses from events such as fire, damage from storms, broken glass, and theft.

State Farm also explained that for the majority of customers, there will be an increase in rates for liability and medical payments. The amount and direction of the changes in premiums will depend on factors concerning each individual motorist, including the discounts for which they qualify, the type and quantity of coverage they carry, the type of car, where they live, who is driving the car, and how much the vehicle is driven.