The results of research conducted throughout 2014 showed that there were very specific reasons for remaining uninsured.

A new study conducted by researchers at the Center for Labor Research and Education at the University of California, Berkeley, as well as the UCLA Center for Health Policy Research has determined that among the individuals without California health insurance coverage in 2014, two out of every three were deemed eligible but chose not to enroll as a result of the cost.

The other third of the uninsured residents of the state were found to be ineligible for ACA coverage due to immigration status.

The report on the study was based on data from the California Health Interview Survey (CHIS). The title of the report was “Affordability and Eligibility Barriers Remain for California’s Uninsured.” This report identified four different types of residents of the state who were without California health insurance, despite the implementation of the Affordable Care Act and the improved access to policies and subsidies that were supposed to come along with it.

The four groups of people who have gone without California health insurance include the following: 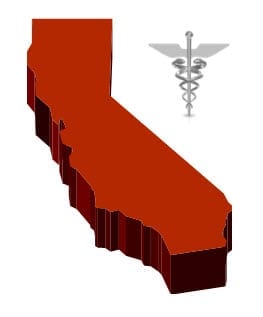 • 32 percent undocumented residents – these are state residents who don’t qualify for the coverage offered through the ACA due to their lack of legal documentation. They are typically within the Latino ethnic group, have limited proficiency in English and are mainly low-income.
• 28 percent eligible for Medi-Cal – these are adults who are living legally within the state whose incomes are at or below 138 percent of the federal poverty level. This category also includes children who are living at 266 percent below the poverty level.
• 31 percent eligible to purchase a health plan on Covered California with a federal subsidy – these are lawful residents whose incomes fall in the range of 139 to 400 percent of the poverty level and who can purchase coverage on the insurance exchange with the help of a federal subsidy.
• 9 percent eligible to purchase California health insurance from the exchange but do not qualify for a federal subsidy. These are lawful residents whose incomes are above 400 percent of the poverty level.