Insurer Chubb Limited has announced that it will be adding cyber bullying to its homeowners insurance policies. These policies will cover several costs, including those associated with mental health treatment, legal expenses, and lost wages. For many, cyber bullying is a very real issue that can cause significant trauma. Since the advent of the Internet, those with malicious intent have targeted various types of people, some doing so for the sake of entertainment. Chubb intends to provide these people with some degree of protection if they fall victim to cyber bullying.

Chubb has added $60,000 of cyber bullying coverage for its U.S. Masterpiece Family Protection policy. The policy already coverage several threats, including stalking, home invasion, and child abduction. Chubb has added cyber bullying protection amid heightened awareness of this phenomenon. Though cyber bullying has existed for many years, it has only recently begun attracting attention due to the potentially disastrous impact it can have on people’s lives. 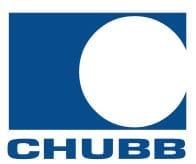 Last year, medical journal JAMA Pediatrics reported that nearly one quarter of all adolescents in the United States experienced cyber bullying through social media sites. Chubb’s new coverage will help pay for the expenses resulting from “harassment and intimidation” over personal computers, telephones, and mobile devices. This coverage will activate in the event of wrongful termination from a job, false arrest, or the diagnosis of debilitating shock and mental anguish.

Chubb believes that it is the first company to offer coverage for cyber bullying with its homeowners insurance policies. The company launched this coverage in the United Kingdom last December and has found that it has been well received by policyholders. Other companies have begun offering cyber insurance, but these policies generally only cover the costs associated with digital attacks, such as identity theft and hacking. Other companies may choose to offer cyber bullying coverage in the future, however, depending on how high the demand for such coverage becomes.