BOSTON, Sept. 24, 2013 – According to catastrophe modeling firm AIR Worldwide, at 7:29 a.m. Eastern time (4:29 p.m. local time), a magnitude 7.7 earthquake struck southern Pakistan. The epicenter was located 69 km (43 miles) north-northeast of Awaran in the province of Balochistan. The quake struck at a depth of 20.0 kilometers and was followed minutes later by a M5.9 aftershock. The USGS issued a
red alert for this temblor, meaning that high casualties and widespread damage are probable.

Rescue efforts have begun in full force with Balochistan officials declaring a rescue emergency, putting doctors and hospitals on standby. Helicopters have also been dispatched to the area along with 200 army troops. However, widespread power outages, a number of aftershocks, and the remoteness of the territory will likely hamper rescue efforts. There have been widespread reports of collapsed houses in the Awaran and Khuzdar districts. A speaker for the Balochistan assembly stated that at least 30 percent of the houses in the Awaran district collapsed along with the roofs of some schools.

According to AIR, the province of Balochistan is Pakistan’s largest but least populated province, with fewer than 8 million residents. Much of the region is impoverished with the majority of building stock consisting of mud brick, or adobe, one of most vulnerable construction types in the world. Even though damage is expected to be widespread, the financial impact should not be significant. The USGS issued an orange alert for estimated economic losses, meaning that losses are expected to be less than 1% of the GDP of Pakistan.

“The quake was also felt in Pakistan’s largest city, Karachi, along the Arabian Sea, but given that the maximum intensity there was reportedly a 3 on the 12-point Modified Mercalli Intensity (MMI) Scale, there is unlikely to be any significant damage there,” said Dr. Bingming Shen-Tu, senior principal scientist at AIR Worldwide. “Moderate to strong shaking (levels 4 and 5 on the MMI) were also estimated by the USGS across the heavily populated Indus River Valley, home to some 140 million people. Tremors from the quake were felt hundreds of miles to the east in the Indian capital of New Delhi.” 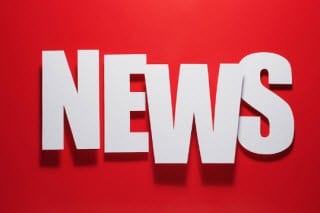 “The seismicity of southern and central Pakistan is influenced by a complex plate boundary where the India plate slides northward relative to the Eurasia plate in the east, and the Arabia plate subducts northward beneath the Eurasia plate in the Makran subduction zone of Western Pakistan. The combination of the northward movement of the India plate and its collision with the Eurasia plate has created a 900-km long north-south and northeast trending strike slip and fold-thrust belt in Pakistan. The main strike-slip fault in this collision zone is the Chaman fault zone, which extends from southeastern Afghanistan to southern Pakistan into the Kirthar and Makran Mountain ranges. Preliminary faulting mechanisms indicate that today’s event is the result of large strike-slip fault rupture of the Chaman fault.”

Dr. Shen-Tu noted, “The slip rate of the Chaman fault in central Pakistan is about 2 cm/yr, accommodating the main portion of the Indian-Eurasia plate motion in this region. However, many of this region’s historical earthquakes occur either in the Makran Range in the south (e.g. the 1945 Mw8.3 earthquake) or the fold thrust belt running parallel to the Chaman fault (e.g. the 1997 Mw7.1 earthquake in the Sulaiman fold-thrust belt in central Pakistan). Given that there is not much evidence of creeping along the Chaman fault, a large amount of seismic energy has likely accumulated there. Since today’s event is centered to the south of the main fault segment, it is likely the result of the southward extension and rupture of the fault.”

AIR continues to monitor this event will provide additional updates as warranted.