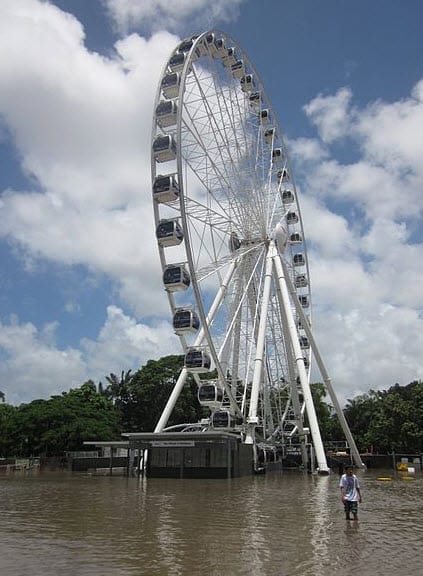 According to experts that were hired by insurance companies to do a further check into the damages that occured during the Queensland floods, found that the Wivenhoe Dam  was a contributing factor.

The owner of NRMA and CGU, Insurance Australia Group reported in detail how the water that was released from Wivenhoe including the heavy and continuous rainfall contributed to the flooding of the homes and businesses in the said Australia state. However, it was not reported how much of the damage can be blamed on Wivenhoe during the flood that happened on January 13 as SEQWater, the operator for the government-owned dam would not release the details regarding the amount of water that was let out that day.

This report was written for Insurance Australia Group by an expert in engineering, WorleyParsons. The company is holding the State Government responsible for the negligent action. Because of the unreleased details regarding the water from the dam, several victims are making an attempt to submit their inquiries about it, including David Stark.

According to Mr. Stark, it was obvious that Wivenhoe is a contributory factor to the flood, but he is not sure as to what extent. As what was written in the report given by WorleyParsons, the high level of water that occurred in the lower parts of Brisbane River is a primary response to the heavy rainfall, along with water that came from the rivers of Lockyer and Bremer, and the released water from Wivenhoe Dam.

Further on the report, it claims that the properties on the Ipswich area were affected from the Brisbane River flooding. Included in the report too are the city gauge that went as high as 4.5m on January 13 at around 2 am. This was after 30 hours when operators from Wivenhoe released about 9000 cubic meters per second of the dam.