Climate change is often a controversial and uncomfortable subject, but this is not necessarily the case in the insurance industry. For years, insurance companies have been pressuring governments to take more action on the climate change problem, citing scientific studies and their own actuarial analysis regarding the future impact of the phenomenon. In the U.S., some insurance companies have gone so far as to file lawsuits against states that have not done enough to mitigate the risks of natural disasters.

Insurance and climate change have become intertwined over the past few years. The insurance industry may begin playing a more vital role in climate change mitigation within the near future. Recently, the U.S. government released its National Climate Assessment report, comprised of studies from more than 240 scientists. The report warns of the future catastrophes that could be triggered by climate change, but also suggests that there are commercially available mechanisms that could offset the impact of these catastrophes. Insurance is one of these mechanisms. 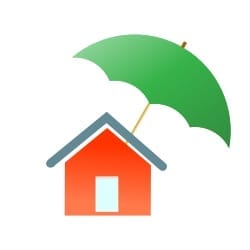 Earlier this year, the United Nations identified several risks that are associated with climate change. The UN notes that risk of death, injury, ill health, and the disruption of livelihoods are quite likely to be caused by a changing climate. These risks are especially apparent among coastal communities and island nations, which are in danger of being swallowed by rising sea levels. The UN suggests that climate change may also have a severe impact on the world’s food systems, which could also contribute to political fallout and serious economic disasters.

Insurance could be able to offset the dangers that the world faces in regards to climate change. There are already policies commercially available that protect against certain environmental issues. Ski resorts, for instance, can purchase policies that provide them with a financial windfall in the event of inadequate snowfall. There are also policies that can provide coverage to an entire city that is engulfed by a blizzard or hurricane.

These policies offer some protection against climate-related events, but the insurance industry has yet to tackle the overarching issue of climate change. Few insurers are capable of providing coverage for the potential, massive disasters the world could see in the future, but these companies could band together to share the risks they are beginning to see. Whether or not they will is, of course, another matter entirely.