SunLife predicts that the sector will keep up its expansion throughout 2014 to continue the trend.

According to the top SunLife Financial executive in the Philippines insurance industry, that sector will be continuing its solid growth throughout 2014, following four consecutive years in which that was already the case.

The announcement was made as a part of a broader statement regarding the firm’s predictions. 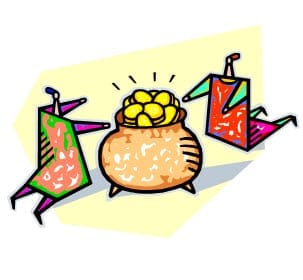 According to Riza Mantaring, the chief executive and president of SunLife in the region, it is not easy to be able to maintain such a considerable growth level over a solid period that long, but this is not the first time that the Philippines insurance industry has seen this type of trend. Therefore, Mantaring stated that “we are still expecting growth next year.”

She stated that he feels that the Philippines insurance industry still has a considerable growth opportunity.

Mantaring explained that “It is a slow growth, but there is still growth.” This suggests that while it may not be quite the explosive increase that has been seen, it will still be headed in the same positive direction. She feels that the sector will experience a moderate rise throughout 2014, when compared to what was being experienced over the last few years where it is believed that the expansion grew the industry by as much as 30 percent.

She stated that there was a 30 percent growth in 2009 after having experienced a flat growth rate from 2000 through 2009. Mantaring explained that there was a link between the GDP picking up and the more rapid growth of the coverage sector. The reason was that the working class started to build a significant buying power when the per capita income started to improve.

Even as the country seemed to fall behind the other Asian nations in terms of the penetration rate that coverage was having, the potential of growth still remained quite present. The Finance Department had previously announced that with the Insurance Code enactment that occurred recently, the penetration rate from the Philippines insurance industry was predicted to break the 3 percent mark of the GDP over the next decade.