As the risk of another fire season approaches, the state will rely on its unique policy again in 2021.

As the state’s traditional fire season approaches, Oregon wildfire insurance will be provided by the unique $25 million policy through Lloyd’s of London.

The oldest insurance marketplace in the world has been providing this coverage since 1973.

The state Department of Forestry has purchased the Oregon wildfire insurance against losses for nearly fifty years. This is a unique coverage as no other state has coverage against wildfires.

“It’s a catastrophic firefighting expense policy,” said Jim Gersbach, a spokesperson for the Oregon Department of Forestry (ODF). The trees across the state are among the one-of-a-kind insurance policies Lloyds has been providing for decades. One of the earliest was in the 1940s when they insured Betty Grable’s legs. Since then, they’ve also covered comedian Jimmy Durante’s nose, as well as Bruce Springsteen’s rock singing voice, the hands of Keith Richards for playing guitar with the Rolling Stones, and the chest hair of crooner Tom Jones, said a recent eastoregonian.com report.

The state’s coverage plan will pay as much as $25 million for losses from wildfires in the state. The state’s deductible is $50 million on fire losses, but the policy picks up the tab for the next $25 million. After that point, any more expenses from fire are paid for by the state once again. That said, when the costs reach that point, federal disaster funding will usually kick in and cover the lion’s share of the bill.

The state’s risk has been increasing in recent years with Oregon wildfire insurance becoming increasingly important.

Last year brought with it the worst wildfires in the history of the state. Those blazes swept down the west slopes of the Cascades into the Willamette Valley during Labor Day weekend. There were 16 major fires which blazed through a total of 1 million acres, burning down over 4,000 homes and other structures. More than 40,000 people had to be evacuated and 11 people died.

Three quarters into September, the Northwest Interagency Coordination Center – a regional wildfire response logistical center – forecasted about $53 million in losses from the blazes, alerting Lloyd’s that they may face an Oregon wildfire insurance claim. By the time the fires were contained, the cost to the ODF was around $130 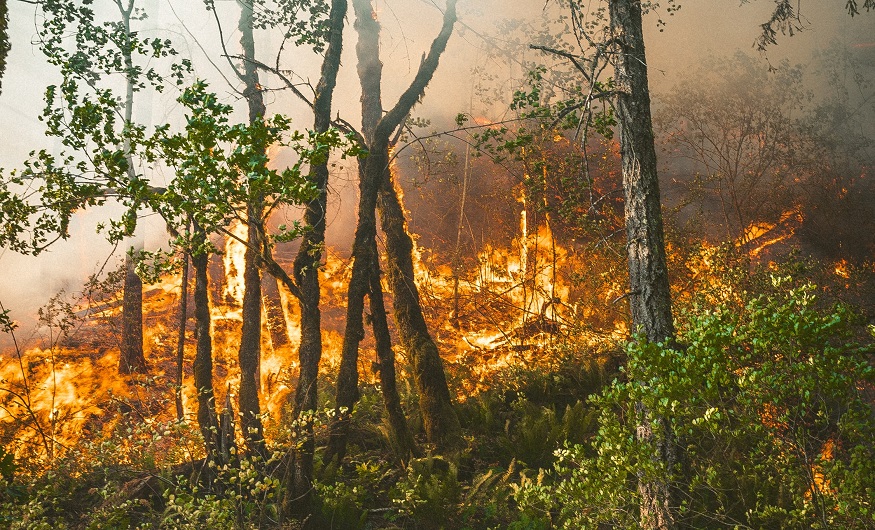 million, offset by over $70 million in federal disaster aid. When all was said and done, the firefighting costs were slightly less than $50 million, so a claim wasn’t triggered after all.