Proactive steps are currently being taken in order to discover whether or not rates are where they should be.

State Commissioner John Doak has now announced that he is conducting an investigation into Oklahoma earthquake insurance as a part of a larger effort to make sure that the rates that are being paid by residents of the state are not higher than they should be.

This announcement was made at a public hearing at which he heard new details with regards to insurance rate fluctuations.

This new information helped the commissioner to better understand the situation being faced by customers who are shopping for or who currently have Oklahoma earthquake insurance. During the hearing, he explained that “I’m concerned the competition in the earthquake line is not sufficient to protect consumers.” Therefore, he is hoping to take proactive efforts that begin with an investigation in order to determine whether or not the competition in the state is great enough to make sure that affordable insurance rates are being offered to consumers.

The goal is to make sure that Oklahoma earthquake insurance rates are being calculated fairly. 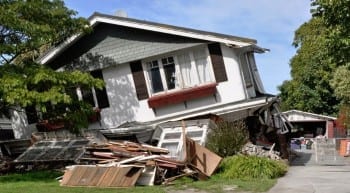 Doak explained that it has caught his attention that the vast majority of the state’s earthquake insurance policy offerings are being provided by a very limited number of companies. At the moment, the rates being charged to consumers across the state are currently being calculated through the usage of a “use and file” style system.

Through that type of system, it means that the Oklahoma insurance companies calculate their rates and implement increases first and then provide the state with a notification that this increase has already occurred.

However, if competition in Oklahoma’s market for earthquake insurance is deemed to be inadequate, it provides the commissioner with the authority to require that insurers use a “prior approval” system, in which they must submit a request for a rate increase and they must receive an approval from the commissioner’s office before it can actually be implemented.

In this effort to determine the Oklahoma earthquake insurance market competition level, Doak had 10 days to complete his investigation and decide on the path that will be taken.