The former NBA All-Star’s insurer is focusing on supporting women- and minority-owned companies.

This is a component of the Small Business Administration’s struggling Paycheck Protection Program.

According to Johnson in a Wall Street Journal interview, he heard that small businesses were having a hard time gaining access to Paycheck Protection Program (PPP) loans. One of the larger companies that was successful in obtaining these loans included the Los Angeles Lakers. Johnson played 13 seasons as a Laker and was their president of basketball operations. News over that loan has drawn substantial criticism.

Magic Johnson has committed $100 million in funding through his EquiTrust Life Insurance company. According to Rafael Martinez, MBE’s CEO, the firm had been receiving complaints from clients who were unable to secure first round funding from the PPP. Reports revealed that some lenders had been giving priority to businesses with whom they had an existing relationship.

Some of the $100 million from EquiTrust Life Insurance will be used for already-approved PPP loans.

In the Wall Street Journal interview, Martinez explained that the funds Johnson has committed to this purpose will first be used for the 5,000 PPP loans that MBE has already approved. “This is, when you think about it, life and death for so many business owners. They have nowhere else to turn,” explained Johnson.

Johnson went on to say that it became clear why there wasn’t any more money to send down to small businesses, particularly to those with minority owners. As they did not yet have established relationships with banks, they were not given a high priority for the first round of PPP funding. “So this was easy for us to understand,” he said.

This is only one of many ways in which minority communities have found themselves disproportionately affected by the pandemic as an illness and as an impact on the economy. Magic Johnson is using the $100 million from EquiTrust 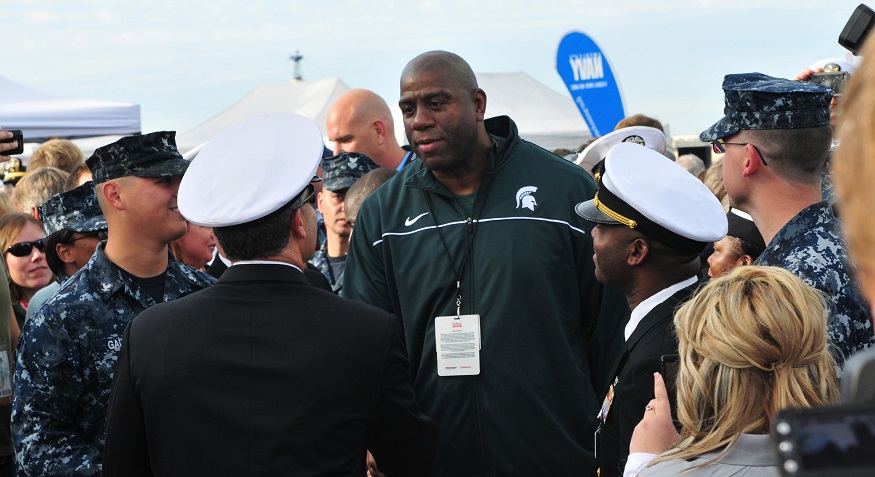 Life Insurance to ensure those communities gain access to the same types of PPP loans as small businesses that already have relationships with lenders.