A family has been accused of making false claims on a number of policies totaling over $1 million.

A former resident of Toronto, Canada, was discovered living in California after having made claims on several life insurance policies in his name half a decade ago, allowing his family to collect.

This fraud against the insurers racked up payouts of over $1 million for the individual’s family.

The fraudsters took out a number of life insurance policies on the man and then faked his death so that they would be able to collect over one million dollars in payouts on those policies. The death was faked five years ago and the man was assisted by his wife as well as his son in order to be able to get away with the scam, said police. 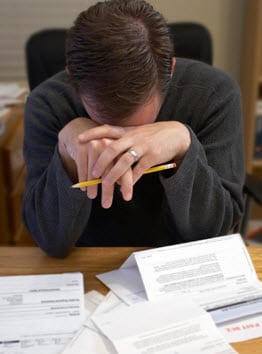 The life insurance scam artists were arrested earlier this year and have now been deported to Canada.

According to Toronto police, the three family members involved in the life insurance scam were arrested by U.S. marshals on February 11, 2013 on the West Coast. As of the end of last week, they have been deported to Canada so that they can face charges of fraud within their own country.

According to Constable Tony Vella, “It’s alleged the man purchased several life insurance policies totaling $3.525 million while living in the Toronto area.” As the son of the couple, who is now 20 years old, was only 18 years old at the time that the crime was committed, the Youth Criminal Justice Act prohibits the members of the family from being named to the public. That individual is accused of four counts of fraud over the amount of $5,000 and of uttering a forged document.

The life insurance fraud occurred in 2008, when the couple traveled to Iran. Upon returning to Toronto, where they were living at the time, the wife claimed that her husband had died while they were out of the country. Vella said that “It’s alleged the wife falsely claimed her husband died of a heart attack while in Iran.”

At that point, the woman and the son began the process of making death claims on each of the life insurance policies so that they would be able to receive the benefits from each of the insurers who issued them. After that point, the couple moved to Mission Viejo, California. They have been charged with four counts of fraud over the amount of $5,000. The wife is also facing 9 counts of uttering a forged document.