Commissioner Dave Jones has stated that policyholders could have saved $33 million if the insurer lowered premiums.

A recent statement from California Commissioner Dave Jones expressed that the 10 percent increase in insurance rates at Anthem Blue Cross for small businesses is excessive and that the result to its policyholders was a costly one.

The Insurance Commissioner in the state made the announcement a month and a half before the Prop 45 vote.

During the last stretch of time for the battle with regards to Proposition 45, Commissioner Jones criticized the “excessive” hike in insurance rates by Anthem Blue Cross, which impacted about 120,000 people in the state that have small business health plans. According to Jones, the insurer did not adequately justify its average increase in premiums by 10 percent and utilized what he called an “unwarranted accounting maneuver” in order to hide the magnitude of its profits.

Commissioner Jones hopes that Proposition 45 will help him to have more power over rising insurance rates. 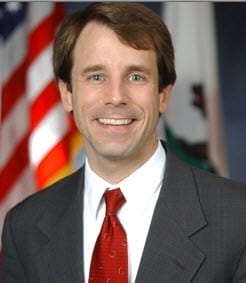 At the moment, the Insurance Commissioner in California does not have any authority to stop insurers from applying this type of increase. This helps to explain why Jones has been pouring his efforts into a massive campaign to change the situation through Proposition 45. His figures show that if Anthem Blue Cross had reduced the size of its rate increase – as his office had requested – small business policyholders in the state could have saved a sizable amount of money.

Jones said that “These policyholders could have saved over $33 million had they lowered rates as we requested.”

The ballot measure will be voted upon on November 4, and if it passes, it will grant the California commissioner the authority to deny increases by insurance companies to rates that are deemed to be unreasonable. This represents power over a sizeable market, as there are up to 6 million people in the state that currently have individual and small business health policies.

The most recent increase in insurance rates by Anthem was filed by the company in July and became effective on October 1. It impacted around 15,000 small employers that employ almost 120,000 workers and their dependents. Records state that some of those employers are paying premiums up to 14 percent higher than they had been.