A recent study has shown that business owners feel wearable technology will be the most practical for their needs.

Insurance technology has always been a vital part of the industry, from modeling to risk assessment, communication, and a seemingly endless range of other purposes. A recent study conducted by Live Insurance News has shown that when it comes to the devices used by professionals such as agents, brokers, and agency owners, smartwatches are the clear choice for meeting future needs.

That said, while smartwatches do appear to be the preference of the future, today’s tech is still holding strong.

Wearables are still in their infancy, but they are starting to attract the attention of business owners and the average consumer, alike. Now that the Apple Watch has been unveiled – to be launched early in 2015 – the world has become much more aware of what smartwatches are, and what they can expect from their use. Clearly, the marketing of these device manufacturers is becoming effective, as the Live Insurance News study showed that business professionals feel that this will be an important form of insurance technology in the not too distant future. 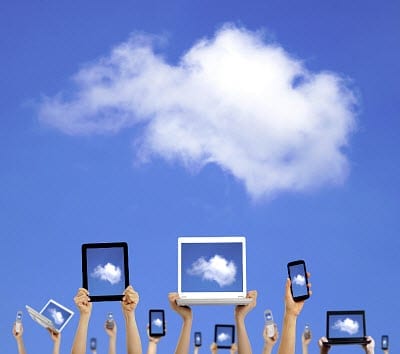 According to the editor of Live Insurance News, Dan Sherman, who is also a former agency owner, “I can see why the smartwatch is appealing but I just can’t see it replacing the smartphone…look at Apple, they went bigger with their new phone, to me that says they are trying to appeal to the business owner age group.” Clearly, the opinion of the majority is far from unanimous within the insurance industry.

Smartwatches are a type of wearable device that provide wearers with a range of different features such as alerts with regards to incoming phone calls, texts, appointments, and other notifications. Some offer additional features, such as the ability to actually send and receive calls and texts, or even surf the internet. While some devices are now being launched that can function on their own, the majority must be hooked up to a smartphone via Bluetooth in order to provide the majority of their capabilities.

The two primary criticisms – at the top of a rather lengthy list – are that their screen size is too small to make it practical to do most things, and that they are ugly to wear, particularly for women, because they look like quite large, thick wristwatches.

Within the Live Insurance News survey, participants were asked “What piece of technology do you think is the most important for future business needs?”

The key responses were as follows:

• 36.5 percent voted for smartwatches
• 24.7 percent preferred laptops
• 23.2 percent chose smartphones
• 13.3 percent opted for tablets
• 1.5 percent thought that it would be smartglasses
• Less than a total of 1 percent voted for the abacus or a team of “highly trained and motivated employees”.

Live Insurance News is an online news magazine that released its first publication in 2010. It is Los Angeles, California based and features a talented writing team that provides frequent articles focusing on the latest developments and trends in the insurance industry within the United States, as well as worldwide.