A coalition of large insurer, consumer advocacy groups, and environmental organizations called SmarterSafer has release a report that is urging the U.S. to overhaul its disaster policies in light of increasingly disastrous weather related to climate change. The insurance industry has expressed concern over climate change for years, urging companies to prepare for violent weather and petitioning governments to take more action against this phenomenon or risk potential financial disaster.

According to the report from SmarterSafer, the United States must increase the amount of money it spends on mitigation efforts to counter natural disasters. The country is also being urged to improve its infrastructure protection. In doing so, the report suggests that the country could spend significantly less money on post-disaster recovery. Better disaster policies would also help protect the insurance industry from financial risks that are associated with events related to climate change.

Country may need to improve its outlook on natural disasters 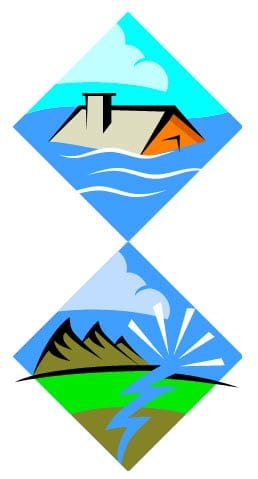 The report notes that the country’s current disaster policy is focused on responding to catastrophes rather than preparing for them. The U.S. may need to focus more heavily on protective measures in order to reduce its vulnerability to disasters and the financial impact that these events can cause. The report suggests that the reactive framework in place in the United States leaves it exposed to greater risks to life and property, which places the federal government under extreme financial strain in the event of a natural disaster.

The insurance industry has been an advocate for action on climate change for some time. Large organizations have been somewhat careful with their approach to the issue as it is politically controversial. The political aspects of climate change have often waylaid efforts to address the phenomenon, but governments throughout the world are beginning to take climate change more seriously by supporting renewable energy and introducing stricter emissions regulations.