Employers may be required to charge higher rates for plans covering smokers.

Some employers in Indiana have already made the choice to charge higher rates for health insurance plans covering employees who smoke, but labor leaders are cautioning that this could lead to a trend where there is legislation against a larger number of health habits.

The debate could impact the way that group rates are calculated within the state. 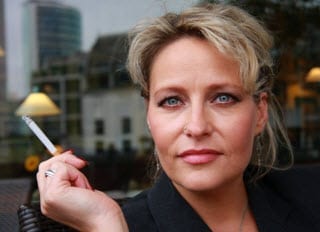 The statewide ban on smoking has been into effect for several months, but there is now a hope among some legislators that the issue will be looked into again next year in order to further its impact. This goal to lower smoking rates over the next 13 years has been supported by the Indiana Chamber, which also stood behind the ban that went into place this year.

Charging more for health insurance coverage for individuals with unhealthy habits is one idea being tossed around.

Nancy Guyott, the AFL-CIO president, explained that if this idea even receives a proposal, there will likely be significant backlash from the union. Moreover, it might be found to be completely contrary to the concept of group health insurance coverage.

She stated that “The whole point is that everybody in the group. It‘s a rate for the risk of the group as a whole.” She then went on to explain that “there‘s certainly concern if you start segmenting out one group of people because you don‘t like something about it, or because they‘re more expensive, you‘re really destroying the whole concept.”

The president of the Indiana Chamber, Kevin Brinegar, said that the large rate of smokers in the state has meant that employers are facing higher costs for providing health insurance plans to their workers. It won’t be until November that the policy committee at the Chamber will be deciding on its legislative agenda. Brinegar has expressed that he isn’t certain as to the opinion of the majority of employers on this particular issue.

He stated that he’s not sure which side the Chamber will take on the issue, but it does raise the question as to whether there will be a greater incentive to quit if there is a significant percentage of employers that won’t hire an individual based on his or her status as a smoker.