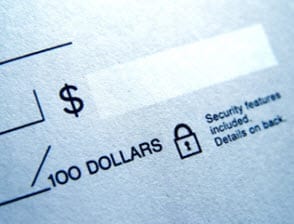 Reimbursement checks from the California Department of Insurance have been circulating throughout the state. Many of these checks are in regards to health insurance, offering consumers refunds for their coverage or to help cover the cost of their health insurance policies. The checks have come as a surprise to many consumers throughout the state, also raising suspicion as the Department of Insurance had not informed consumers that they would be receiving these checks in any way. Insurance Commissioner Dave Jones has announced that these checks are, in fact, fraudulent.

Health insurance continues to be a controversial issue in California. State regulators have been wrestling with Californian health insurance providers over the past several months as insurers attempt to raise rates on coverage. Last year, regulators reclaimed misappropriated funds from insurers and provided refunds to consumers throughout the state, but the Department of Insurance notes that the latest issue of refund checks is not legitimate.

Fraudulent checks sent to those outside of California

One of the things that tipped regulators off to the fraudulent checks is t he fact that they began appearing in California’s neighboring states. These checks were written for $2,000 and $5,000 and offered funds to consumers that did not even live in California and had never received coverage from  a company operating in the state. Furthermore, the Department of Insurance does not actually issue checks to consumers. When the agency does provide consumers with refunds, it is often in the form of credit toward their health insurance policies, funneled through their insurance provider.

Both consumers and businesses have been receiving the fraudulent checks for their health insurance coverage, as well as other forms of coverage. Those receiving such checks are encouraged to contact the Department of Insurance. State officials have not yet provided any information on where the fraudulent checks originated or if these checks are part of a larger insurance fraud scheme.