The open enrollment window is approaching, but many employees won’t make the right choices.

According to a health care survey conducted by Aflac, many people either don’t understand the benefits that they have, or they’re not putting in 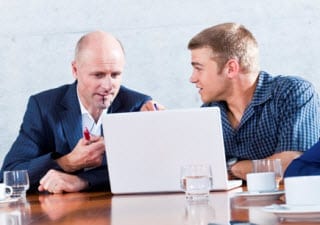 the necessary effort to learn about their coverage in the first place, and this could lead them to make poor decisions when the open enrollment season begins.

A significant amount of money is wasted every year due to this lack of attention.

According to the Aflac vice president of corporate services, Audrey Tillman “Far too many people don’t really understand their benefits.” She went on to add that “In fact, most employees are on autopilot.” As a result, over half of American workers are wasting money every year, at a time when most budgets are typically quite tight.

The Aflac WorkForces Report is based on health care research conducted in July 2012.

According to that report, an estimated 56 percent of American workers are wasting an average of $750 every year due to mistakes that they have made regarding their health care coverage benefits. The survey included the participation of more than 2,000 people. For those individuals, the amount of wasted money could equal four months of groceries per person.

Health care plans can seem complex as there is a great deal of jargon and there are many different options to consider, but it is important that people either go over their options themselves or review them with an agent or other professional so that they don’t head into open enrollment as though they are blindfolded.

This is the second year for Aflac’s health care survey, and so far it appears as though this problem is becoming worse. Last year’s results said that 24 percent of the respondents felt confident about the decisions that they were making. On the other hand, this year, only 16 percent feel the same way.

The most common errors that are made, according to the survey, were the following:

• 89 percent of employees said that they automatically choose the same benefits every year, without reviewing them to discover if they would be better served by making changes.

• 47 percent said that their medical bills rarely or never exceed their deductibles.